The Fountains of Northeast Cedar Rapids 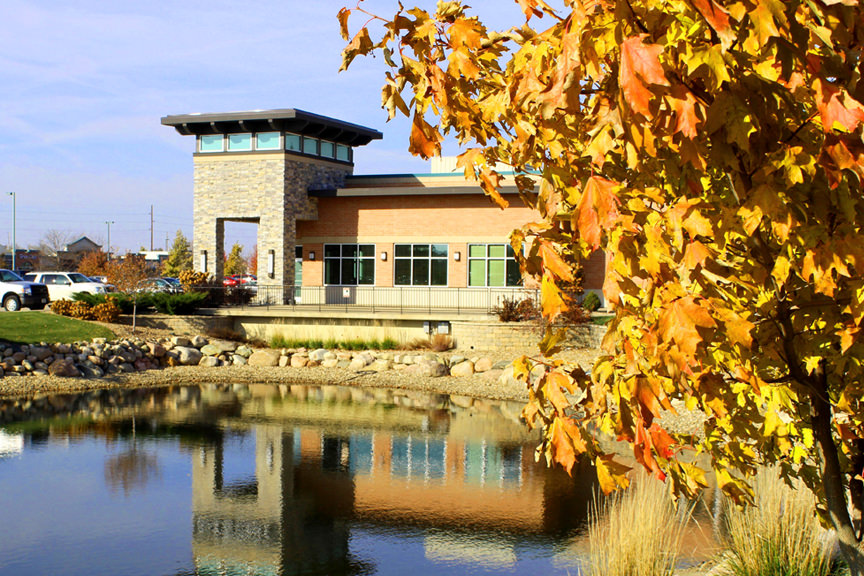 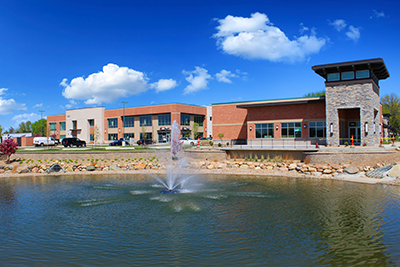 The northeast side of Cedar Rapids has grown significantly over the last several years with both a growing residential population and addition of commercial real estate for sale and for lease at Edgewood Town Centre (ETC), and Peck’s Landing at the old Peck’s Nursery site. Since the flood of 2008, much of the new commercial and retail construction in Cedar Rapids has gone into the revitalization of the downtown area, but with the completion of Highway 100, the city has seen a significant shift to expansion on northeast side of the city. Surrounded by many regional and national office and retail brands such as Sam’s Club, McDonalds, Kwik Star, Fleet Farm, Dollar Tree, Hy-Vee and Wal-Mart, The Fountains is one of the most successful commercial developments in the heart of this new northeast commercial office and retail hub.

Our goal at The Fountains has been to create a professional atmosphere with many amenities which has been strong selling point for potential commercial office tenants,” said Joe Ahmann of Ahmann Companies. “We have added benches in key areas around the ponds that both tenants and customers enjoy,” he said. 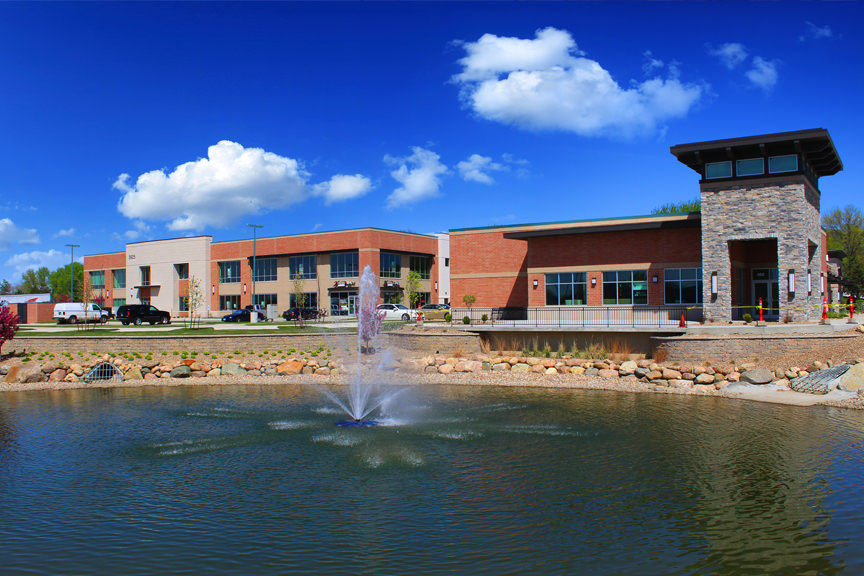 With the completion of the new Highway 100 extension linking Collins Road/ Highway 100 to Highway 30, the traffic counts in the area have risen to over 30,000 cars per day bringing potential shoppers to this highly popular commercial real estate area. In September of 2019, a 200,000 square foot Fleet Farm retail store opened just across Edgewood Road in the (ETC) commercial development attracting additional customer traffic, commercial business owners and retail shops to the area.  Randy Kuehl Honda, Hilton Garden Inn and a new luxury rental residential development opened in 2020, just across Edgewood Road.