The Depot in Newbo Village

If you’ve been to Newbo Village recently, you probably noticed one of the area’s newest developments located just behind Newbo Market called The Depot. Once an industrial site operated by Iowa Iron Works, The Depotcommercial real estate development offers a mix of commercial office and retail space for lease on the main floors of four buildings with luxury apartment living above. Tenants are within steps of the Newbo Market, numerous unique, locally owned restaurants, bars, coffee shops and boutiques enjoyed by locals and visitors alike.

Since the flood of 2008, the city of Cedar Rapids has invested heavily in the revitalization of this area.With the opening of the Newbo Market in 2012 as the anchor, commercial real estate development has taken off and The Depot is a large element of that effort. The unique triangular shape of the once empty commercial lot was master-planned and developed by Ahmann Companies with the vision of drawing people to the area for a work/live/play concept. 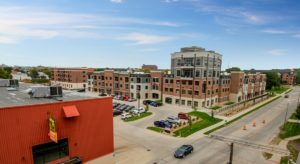 “There’s definitely a ‘cool factor’ to the neighborhood,” said Craig Byers of Q4 Real Estate. “Because of that cool factor, office users are moving down to The Depot, and they know that employees appreciate the vibeand amenities and want to work in Newbo,” he said.

Ahmann Companies broke ground on The Depotin 2016, and construction of the commercial real estate development was wrapped at the end of 2018 with the completion of the fourth building.Residential apartment rentals at The Depot are consistently at or near full occupancy with tenants enjoying plenty of space to park behind the buildings.

“Apartments for rent at The Depot are filled pretty quickly,” said Jessica Rowe, property manager of The Depot for Q4 Real Estate. “The high-end finishes are definitely a main selling point, but the Newbo area as a whole is a highly attractive place to live with so many amenities closeby,” she said. 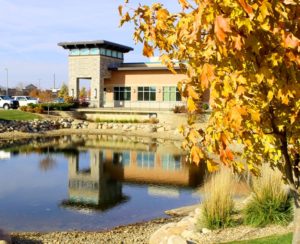 Commercial office and retail tenants and owners are also enjoying success at The Depot. Salon Lofts was one of the first tenant/owners to occupy space at The Depot in a four-story building that faces 12th Avenue SE.Commercial office users also include Involta, Collective Data, Robert Half, Tallgrass, Carrier Access and Office Evolutions with employees that can walk to several options for lunch.

Ahmann Companies has also worked to revitalize the building at the corner of 12th Avenue and 3rd street SE where a fire had previously forced the tenant to relocate. Commercial tenants include Brewhemia, Caucho, HBK Engineering and the new Olympic Theatre. The empty lot next to this historical building was also developed with a new building that has commercial office and retail space for lease on the main floor with apartment leasing above on the 2nd& 3rd floors. The top floor of this building, known as 329, are complete with several high-end condominium homes. A portion of the main level is occupied by United Iowa Financial with more tenants to come. 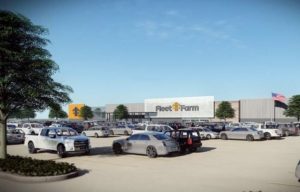 Commercial office and retail space remains available for sale or for lease at The Depot. For more information on The Depot, call us at 319-294-3339 or visit our website at Q4realestate.com. 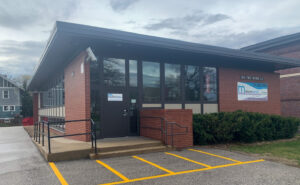 Highly visible 1st Avenue office building on the corner of 1st Ave and 19th Street SE. Recently renovated with a modern look and finishes both 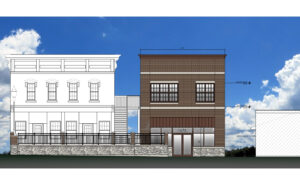 New Construction coming to Ely, IA in late 2021! This mixed-use project will feature residential rentals on the second floor, while the first floor will 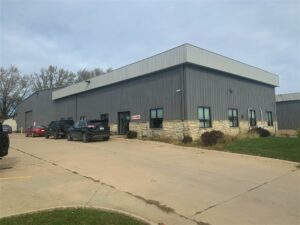 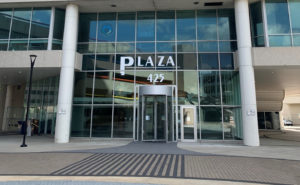 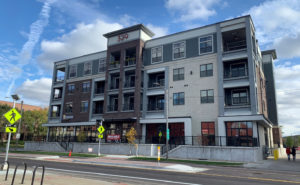 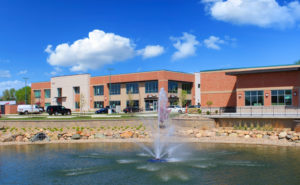 Affordable second generation, class A office space is now available at The Fountains. This listing is for Suite 100 (fully built-out) and Suite 102 (shell

Jason is an Investment Property Strategist, Commercial Real Estate Broker, and Capital Fundraiser who works directly with commercial real estate buyers, sellers, landlords, tenants. He earned his degree from the University of Northern Iowa in Real Estate and Finance. Jason brings 15 years of experience in commercial investment real estate and has represented local investment property owners, multi-million-dollar institutions, and fundraised for partnerships. Jason joined the Pivot team in 2018 and has been busy leasing and selling properties for Ahmann Properties as well as representing other properties in the area markets.

Jason is married with two kids, Hollyce 3 ½ and Fritz 1 ½. In his spare time, he likes to spend time with family and friends and loves bicycling (Jason has done RAGBRAI 7 of last 10 years); he attends different Iowa sports, likes going to movies, and enjoys concerts/live music.