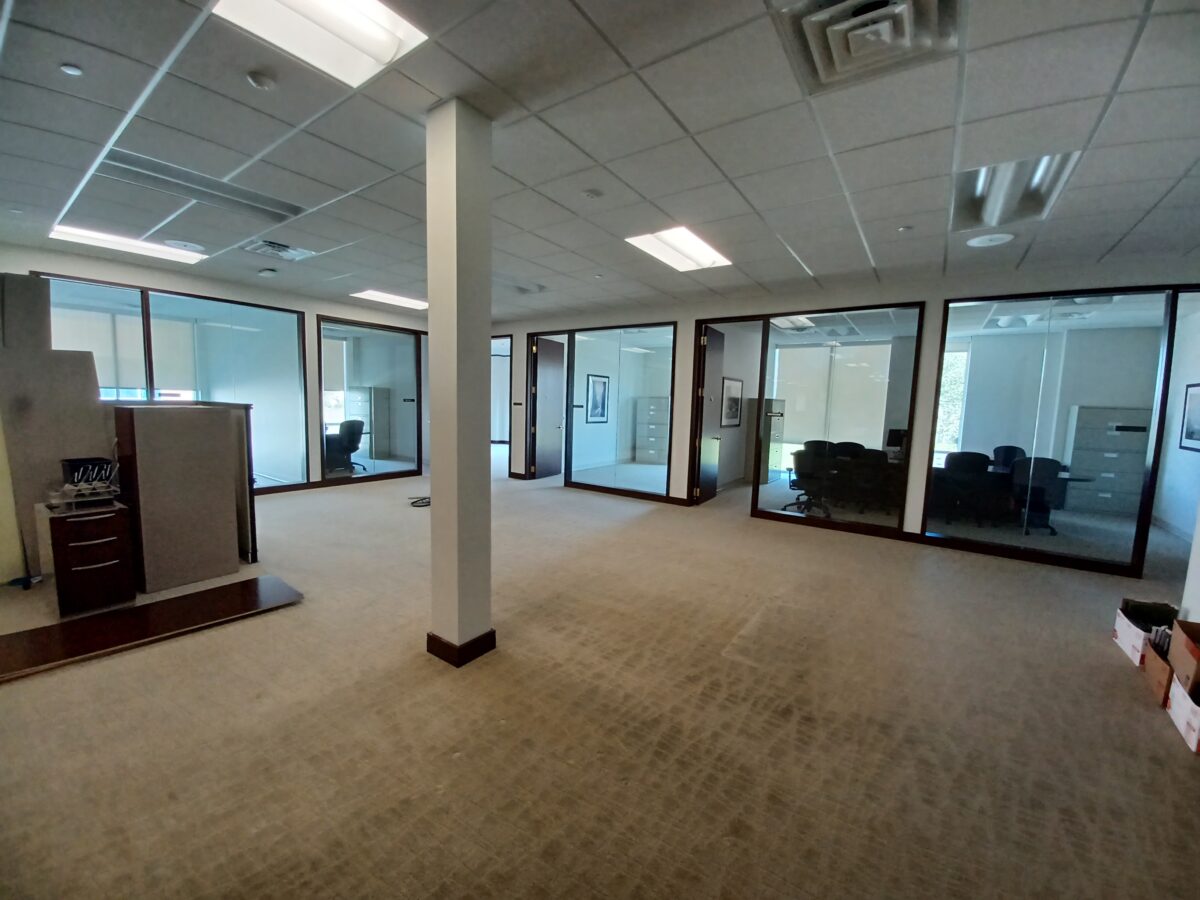 Q4 Real Estate’s Craig Byers brings you another informational video. This time Craig highlights differences between first generation and second generation space including advantages and disadvantages of both.

(Craig) Hey everyone! This is Craig Byers with Q4 Real Estate and today I am wanting to have a brief conversation on first generation versus second generation space specifically when it comes to office build out and retail build out. I also want to discuss the advantages and disadvantages of each.

A quick definition for first generation space is space that has never been lived in and you would be the first tenant to occupy this space. It is generally delivered as a cold vanilla box, so that may be a concrete floor and the metal studs. A second generation space is defined as someone who has lived in the space so another tenant has occupied the space, so a certain build out has been completed.

So just like everything there are advantages and disadvantages of each build out. With first generation space the advantages would be if you are a tenant occupying the space you could certainly build out the space exactly how you want to. So your exact floor plan, the exact paint colors, carpets, exactly where you want the bathrooms, and how you want your office layout, which is very important for some tenants. Now the disadvantage and probably the most obvious disadvantage would be the cost to build it out. A lot of those necessary infrastructures such as HVAC, plumbing and electrical are not there and you as the tenant would be responsible for paying for those build out costs.

Now to define or talk about second generation space, the advantages would be lower cost of entry. A lot of those infrastructure items such as HVAC, mechanical, plumbing and electrical have already been paid for and are in place. You as a second tenant coming in could certainly piggyback off those build out items. Again a disadvantage of second generation space would be you probably won’t be able to get your exact efficient floor plan because you are working within the confines of the existing floor plan. Now these advantages and disadvantages could be set off of depending on what the landlord is willing to pay for in build out and in certain other conditions that are agreed upon in the lease. But those are kind of the high points about first and second generation space. If you have any other questions feel free to reach out to me at Q4 Real Estate at 319-294-3339. I hope everyone has a happy and safe holidays!

You can watch the informational video, First Generation vs Second Generation Commercial Real Estate Space with Craig Byers below.

For more helpful information check out our blog post titled: An NNN Lease Versus a Gross Lease: What’s the difference?

Let one of our knowledgeable listing agents partner with you to find a commercial real estate property perfect for your business needs, and assist you in working through the lease process. Contact Jason Rogers or Craig Byers today! 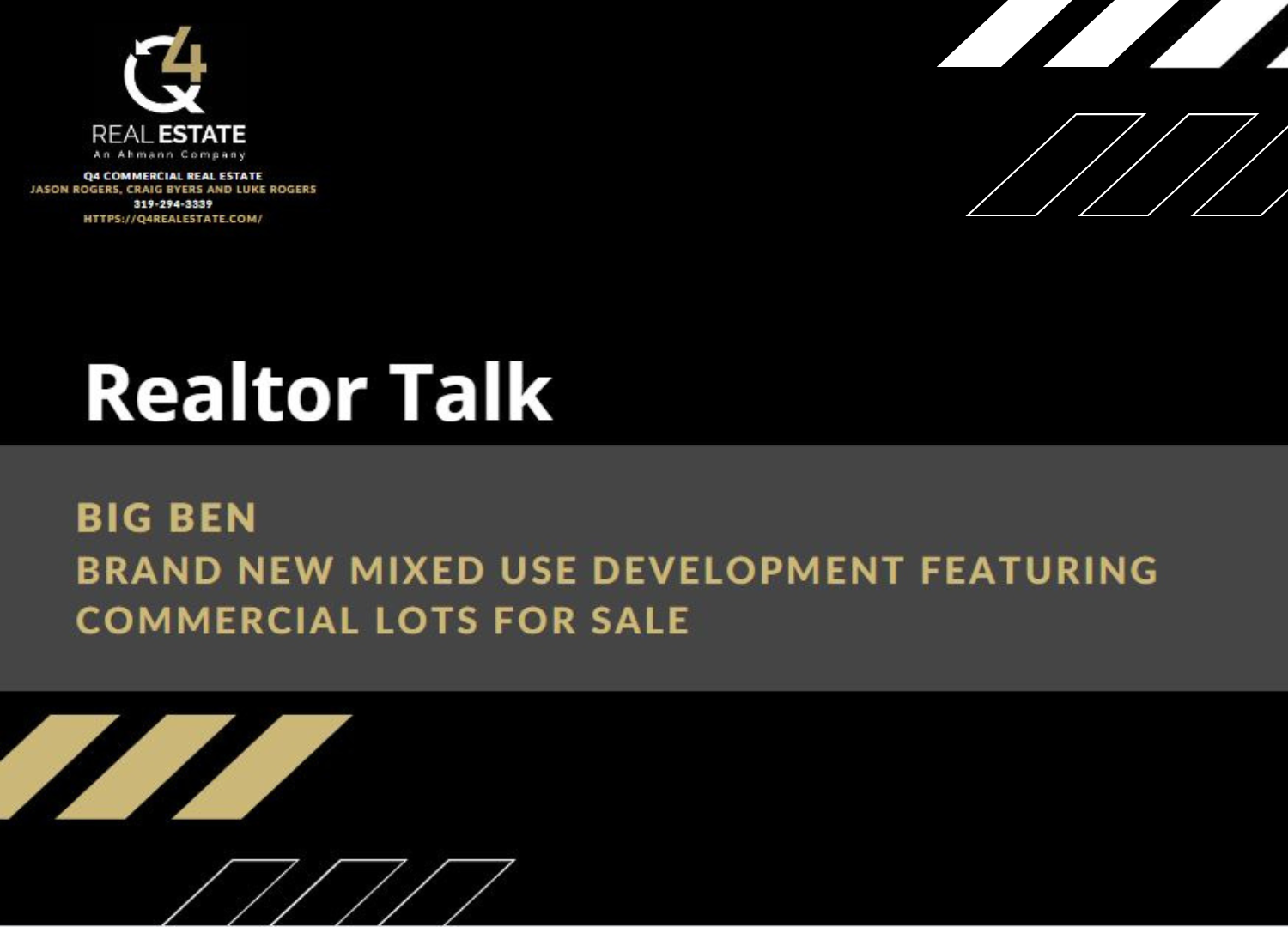 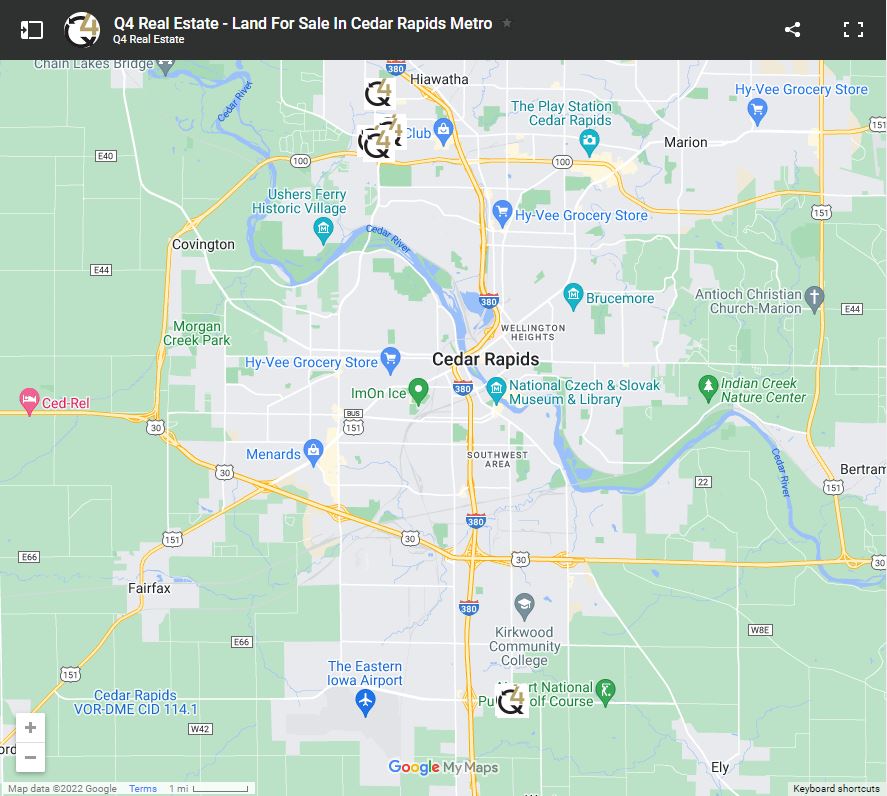 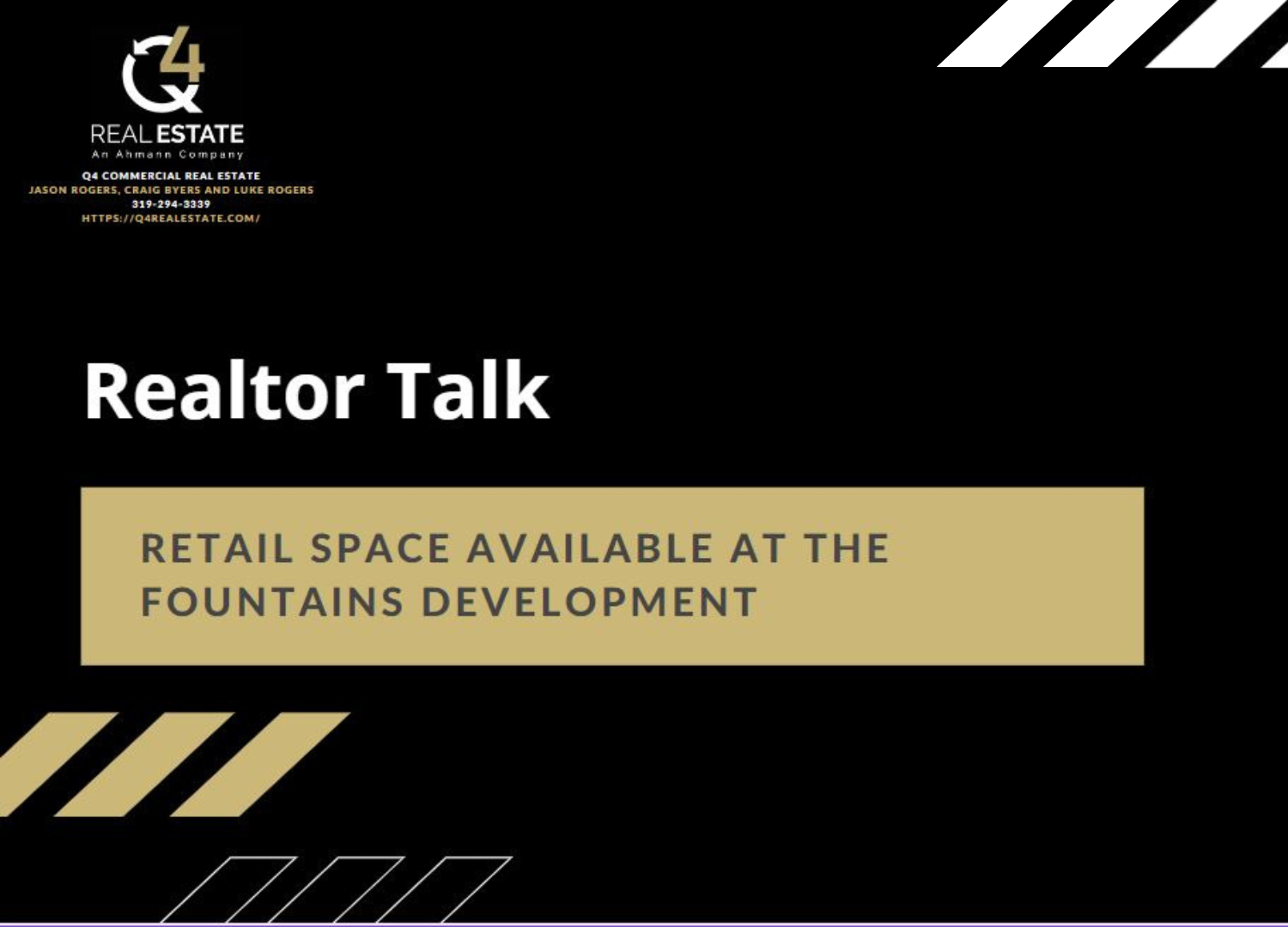 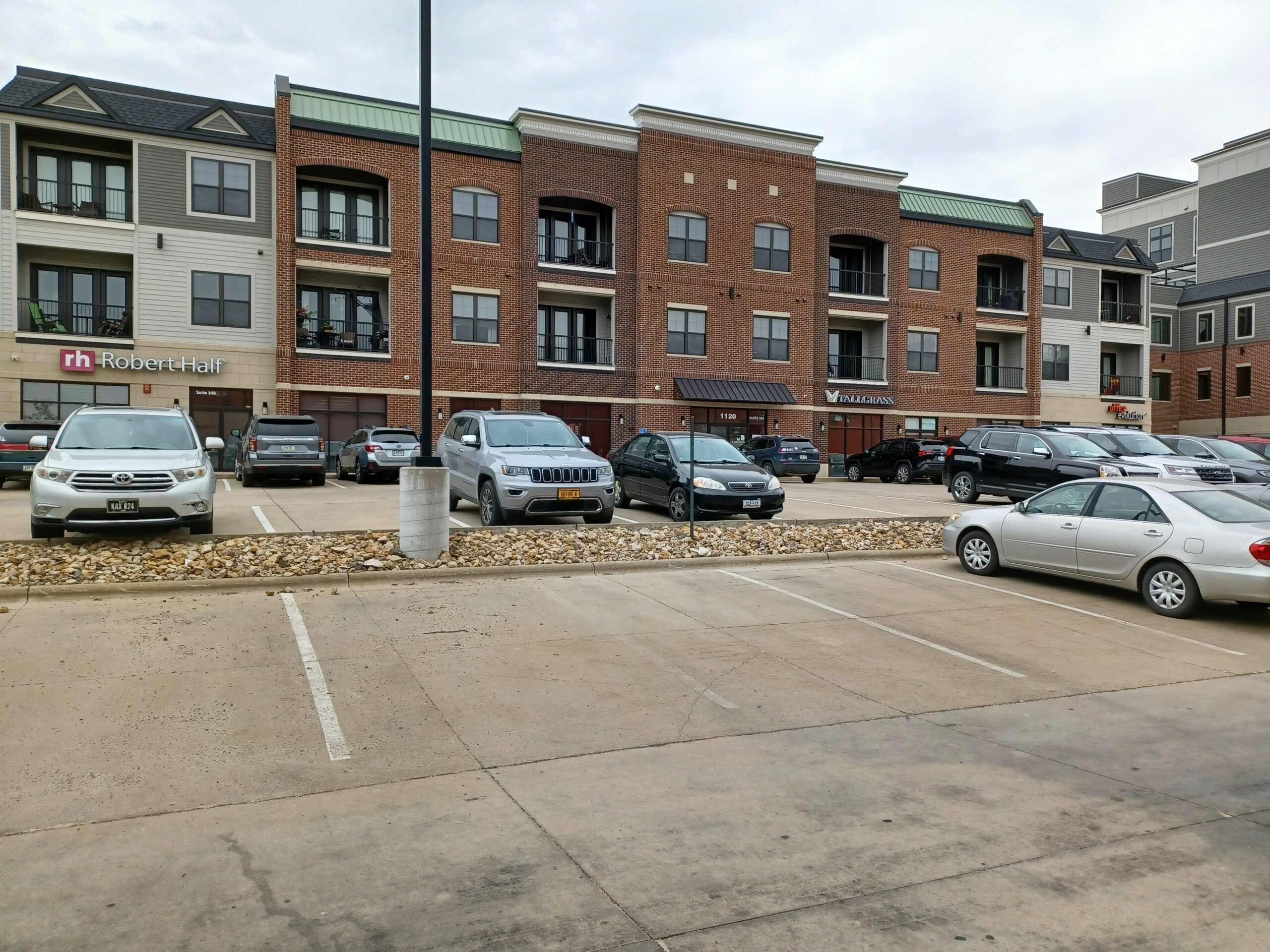 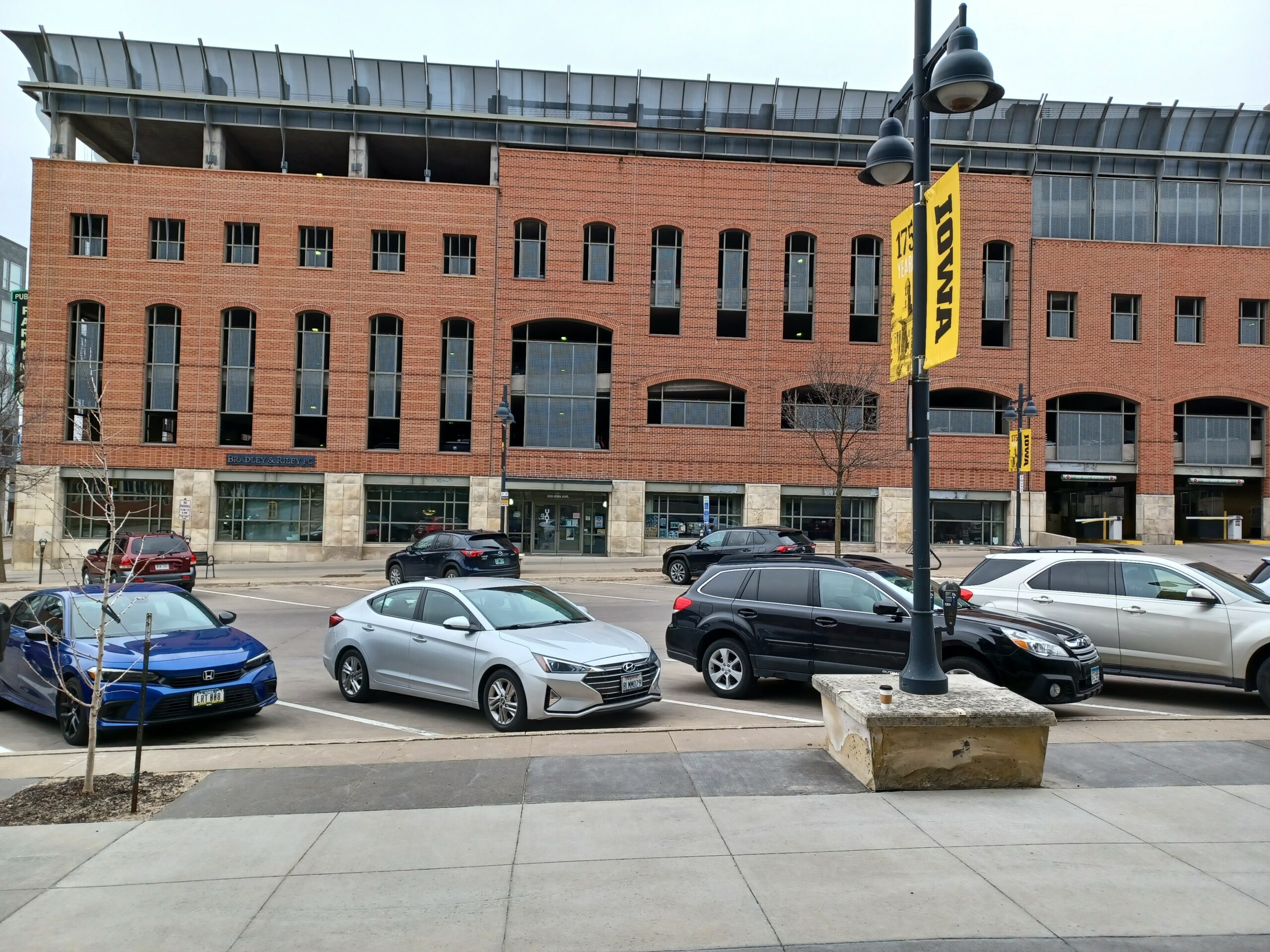